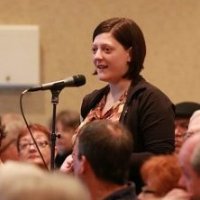 Lynda started her career in 2008 door-to-door fundraising for the DNC, and soon realized her love of directly engaging communities and activating them to take on a larger role in democracy. After graduating from the University of Puget Sound in 2009, she returned to door-to-door fundraising as an assistant manager for Grassroots Campaign’s Portland office. Since then, Lynda has campaigned and fundraised for Pierce County candidates, most recently in 2012 when she worked as campaign manager for State Representative Laurie Jinkins and Finance Director for State Senator Jeannie Darneille. She particularly loves working on youth outreach and engagement, and has in the past served as Chair of the Pierce County Young Democrats and Vice President of Development for the Young Democrats of Washington. 2014 will be the fifth session Lynda has spent working at the State Legislature, her first three years as a legislative assistant for the Office of Program Research in the House, then as a session assistant for Senator Sharon Nelson. Currently she works as a legislative assistant to State Representative Laurie Jinkins.

Lynda spends her days at the Legislature and her evenings volunteering for the Young Democrats. But when she manages to pull herself away, Lynda heads to roller-derby practice, book club, or board meetings for Pierce Conservation Voters. 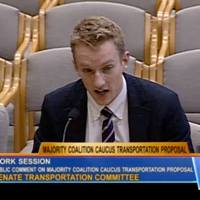 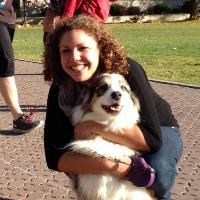 Lauren Abrams is a junior at Gonzaga University, studying political science, public relations and Spanish. Lauren is currently studying abroad for a semester in Granada, Spain. In the future, Lauren plans to attend law school and work with immigration reform. Lauren first became involved with the Young Democrats of Gonzaga in 2011, and is now the vice president. Since joining young dems, Lauren has interned for Organizing for America and the Center for Justice, and has continued to be involved in numerous candidate/campaign events as well as various political events on campus and across the state. VP of Communications is a role that allows Lauren to practice her strong communications skills, and uphold her progressive values and passions with like-minded people. 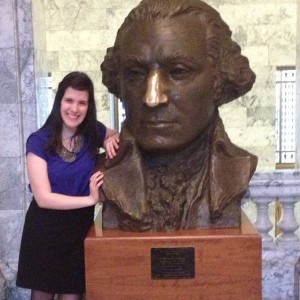 Sarah first fell in love with political engagement when she went to the Washington State Capital when she was 16 to do a sit in on a committee meeting in which they were threatening to stop funding Career and Technical Education programs at her high school. After that fantastic experience of being involved Sarah was hooked. Upon arriving at Western Washington University in 2011 Sarah was quick to join the Western Washington University Young Democrats. Sarah is now the Vice Chair of the Western Dems and is a junior studying political science at Western. In the fall of 2012, Sarah began to volunteer for Organizing for America and the Jay Inslee campaign and by the end of the election season she was hired on as a Deputy Field Organizer for OFA. Sarah enjoys getting people of all ages involved in their community and is the Chair of the Membership Committee for the 40th Legislative District Democrats.

In her spare time Sarah works with various groups on Western Washington University’s campus to host registration drives, get out the vote efforts, and educating students about issues that affect their day to day lives. Sarah enjoys drinking coffee, spending time with her family, and watching TV shows on Netflix. 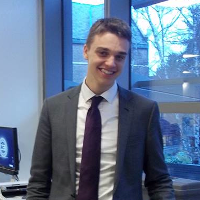 Isaac Prevost is a Senior at University of Washington, studying Political Science and International Studies. He also serves in the UW student government, chairing the student senate. Isaac is spending the 2014 legislative session in Olympia as an intern in the State Senate. His previous internship experiences have been as a tech policy research intern at the Washington State OCIO and at Congressman Jim McDermott’s District Office. Isaac previously served as the Vice President of Political and Legislative Affairs for YDWA, coordinating their 2013 Lobby Day. 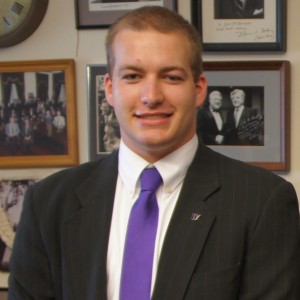 A 2013 graduate of the University of Washington,Conor also currently serves as the Director of Legislative Affairs for King County Young Democrats and is a member of the Board of Directors for the Children’s Campaign Fund. Conor is spending the 2014 legislative session lobbying for the Washington State Labor Council and previously spent the 2013 session in Olympia serving as the Intern to Lieutenant Governor Owen.  He has worked as a political organizer and fundraiser on candidate and issue elections ranging from local to statewide.

When he isn’t being a political junkie Conor is an avid reader, youth soccer coach, and a self-described recovering sports fanatic. 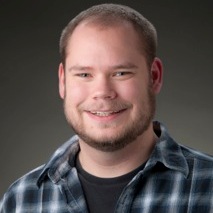 Like many others, Alex was inspired by the 2008 presidential election. Looking to become more involved, Alex started working for the Associated Students of Eastern Washington University (EWU) as their Legislative Liaison to Olympia. Alex worked with legislators to protect the interests of the students of EWU including reducing cuts to tuition funding, and continued support for the State Need Grant.
In 2010 Alex started working on his first campaign, while they lost this election, he was hooked. After graduating from EWU in 2012 with a degree in Government, he continued to work on various campaigns. Alex continues to work as a local community organizer/campaign manager in Spokane.
When Alex isn’t enthralled in campaigning, he loves to go camping, running, and skiing. 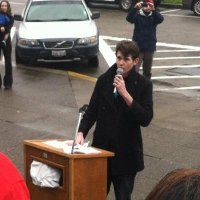 Patrick Stickney started his political involvement six years ago by volunteering with the Northwest Progressive Institute, a netroots-powered strategy center based in Redmond, Washington working to reframe the way we discuss political issues through advocacy and research, where he’s still on staff today doing writing and special events support. Currently a student at Western Washington University, since he started his political engagement he has worked on a variety of nonpartisan projects, including conceiving and helping to coordinate what was then the largest campus voter registration drive in the state (a record which he was pleased to see broken last fall), coordinating organizers on campus in work with a statewide coalition to get the first tuition freeze in 27 years, and serving as part of an agency workgroup to provide policy recommendations on higher education affordability to the state.

Patrick has also served as the Vice President for the Western Washington University Young Democrats, creating a solid membership base for the chapter, and Western Membership Director for the Young Democrats of Washington. He currently coordinates communications for the 40th Legislative Democrats and is the Treasurer for the Whatcom County Young Democrats. For his actual job, he works as the program director for the radio station on campus, supervising staff, training volunteers, and composing the quarterly broadcast schedule for the station.

In his free time (such as it is) he hangs out at coffee shops, goes to house shows, listens to his ever-growing record collection, and tries to get to know as many people as he possibly can. 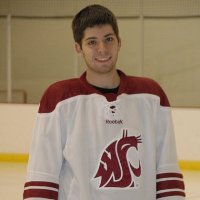 Nick has previously interned in the House of Representatives as well as worked as a field organizer for a successful Congress campaign in 2012. In the House of Representatives Nick worked Interacted with constituents and elected officials, answering questions and fielding their concerns. As a Field Organizer Nick worked on voter contact, volunteer recruitment, and organizing events.

While attending WSU Nick served as the 2010-2011 Associated Students of Washington State University (ASWSU) Senate External Affairs Chair and At-Large Senator. As a Senator, he worked with the WSU President along with the Pullman City Council on advocating for higher education and passing resolutions in support of higher education. He also has attended WSU’s student lobby days, where he traveled to Olympia to lobby for higher education.

In his spare time Nick plays ice hockey in the Greater Seattle Hockey League and when the weather is nice plays golf. 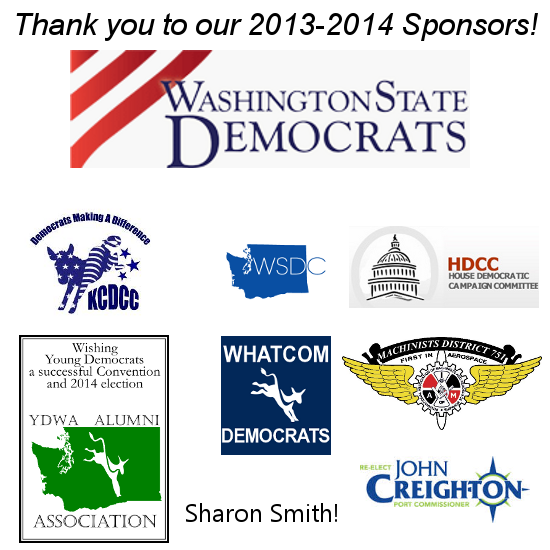